Every year Star One Realtors offers two locations where their agents, friends, families and community members can donate blood to Hoxworth Blood Center.

The Bloodmobile will be at Star One Realtors Corporate/TriCounty Office on Friday, September 5 from Noon to 6pm located at 3895 Woodridge Blvd. Fairfield OH 45014.  Food, drinks and sweet treats will be served in appreciation during the lunch hours as a token of our appreciation.

The Bloodmobile will also be at the Northern Kentucky Association of Realtors location on Monday, September 8 – 7660 Turfway Road, Florence KY  41042.

Walk-ins are welcome, but you may also schedule an appointment online at:
http://hoxworth.org/groups/george.html

George Hollenbeck as a Star One sales associate and the brother of Kim Whalen, Assistant Manager of the Northern Kentucky office.

(Please do not forget your Photo ID!) 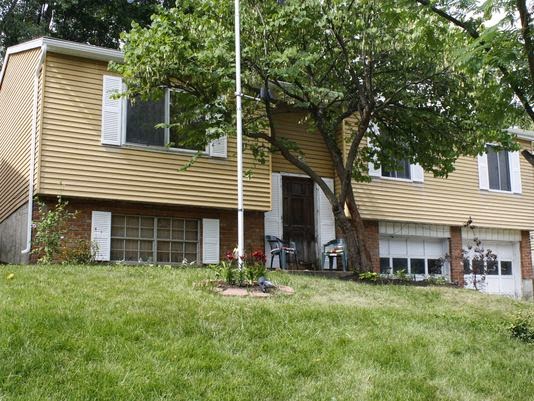 Army veteran who lost leg in Vietnam gets home makeover

Kurt Backscheider, kbackscheider@communitypress.com
DELHI TWP. – Albert Garbett was a little surprised when an area real estate agent approached him offering to spruce up his home.
The longtime Delhi resident said he initially thought the woman was interested in giving his house a facelift only so she could speed the sale of the home next door to his.
“It went way beyond that,” Garbett said.
He quickly discovered real estate agent Diane Wiesmann’s intentions were from the heart and she truly wanted to help.
“It was a whole lot more than I expected,” he said.
Garbett, who’s lived in his home on Rapid Run Road since 1970, served as an infantry medic in the U.S. Army during the Vietnam War. He lost his right leg in a shell blast while tending to wounded soldiers.
Over the years, he said he’s developed arthritis in his left knee and in his shoulders due to wearing various prosthetics and using crutches.
He doesn’t get around as well as he once did and in recent years he hasn’t been able to maintain the outside of his home.
Wiesmann, a Delhi resident who is the senior sales vice president for Star One Realtors in Green Township, said she’s the listing agent on the home for sale next to Garbett and during a conversation with her seller about the condition of his property she learned he is a disabled veteran.
“My assistant, Dianne Ashcraft, and I decided we need to help him spruce up his home,” Wiesmann said. “It wasn’t a question of whether we were going to do it. We knew we had to pay it forward and help him.”
They contacted People Working Cooperatively, who provided resources for applying for grants through the U.S. Department of Veterans Affairs, and worked with Tom Murphy of Green Township-based Murphy Home Improvement to identify the home repairs and materials needed.
From there, they solicited contributions from businesses like Lowe’s, Star One Realtors, Overhead Door, CR Landscaping, Mike’s Tree Service and Cincinnati Community Toolbank.
Wiesmann said Ashcraft, who is the web administrator for the Armed Forces Tickets Association of Cincinnati, then sent out a request to her military contacts and arranged for veterans and active service members to volunteer to do the work.
Ashcraft and Wiesmann and roughly 30 volunteers, including representatives from the Army, Navy, Air Force and Marines, gathered at Garbett’s home July 26 to complete the first phase of the project. The first phase involved cleaning up his yard, removing weeds, trimming bushes and installing new landscaping.
The following Saturday, Aug. 2, Wiesmann said volunteers returned to clean out Garbett’s garage, paint his shutters and replace the gutters.
She said they will put in a new front door and two new garage doors during the third phase, and they’re also working to get a chairlift installed so Garbett can move easily from the lower level of his home to the second floor.
“We’re anxious to finish up the project,” Wiesmann said. “It really feels good to get involved and give back. Albert is a really neat fellow and he’s given so much for our country.”
Garbett said Wiesmann and the volunteers did much more than give his home a makeover and he’s grateful for all their help.
“They’ve done a fantastic job,” he said. “It’s exceeded my expectations.”
How to help
Diane Wiesmann said they are still seeking donations to help complete the work at Albert Garbett’s Delhi Township home.
Those who would like to help can send donations to the attention of Diane Wiesmann at Star One Realtors, 6291 Glenway Ave., Cincinnati, Ohio 45211.
Checks should be made payable to Albert Garbett.

By Carl Horst, OAR Director of Publications/Media Relations
The number of homes sold across Ohio in June increased 4.7 percent from the level posted in May, according to the Ohio Association of REALTORS.
Home sales activity in June increased slightly from the level reached during the month a year ago, recording a 0.1 percent increase.
“Through the mid-point of 2014 the Ohio housing market has been able to display stability in the overall level of sales activity and steady growth in pricing,” said OAR President Chris Hall. “It’s evident that we’ve made significant progress in building a solid, stable foundation for the state’s housing sector, one that is able to withstand the certain ebbs and flows that will occur due to market conditions.”
June’s average home price of $163,711 reflects a 1.2 percent increase from the $161,846 mark posted during the month last year.
Sales in June reached a seasonally adjusted annual rate of 132,464, increasing 4.7 percent from the 126,564 level posted last month. The market also experienced a 0.1 percent increase in sales from June 2013’s seasonally adjusted annual rate of 132,338. Sales during June 2014 reached the highest level for the month since 2007.
Around the state, 13 of the 20 markets tracked reported increases in sales activity levels or remain unchanged during the month. All but five local markets showed an increase in average sales price.
Home sales during the second quarter were up from the first quarter, but were down slightly from the same period a year ago. Specifically, second quarter 2014’s seasonally adjusted annual rate reached 127,178, a 9 percent increase from the first quarter mark of 116,660. Activity in the marketplace during the quarter declined 1.4 percent from the second quarter 2013 level of 139,038. Second quarter 2014 dollar volume of $5.6 billion is up 1.0 percent from the same period last year.
Data provided to OAR by Multiple Listing Services includes residential closings for new and existing single-family homes and condominiums/co-ops. The Ohio Association of REALTORS, with more than 27,000 members, is the largest professional trade association in Ohio.